Sharks and Jets ─ spoiling for a fight, looking to rumble when cops are out if sight. Did West Side Story just play a return engagement in real time recently in Virginia? And yes, just like the musical, someone even got killed in the fracas. The recent events in Charlottesville just brought the story into a 21st century setting. Anyway, that is how I interpret the senseless brouhaha in Thomas Jefferson’s home town ─ a street riot between two brawling gangs, each determined to shut down the other.

The absurdity of this farce is heightened by the fact that its purported cause is a couple of long-deceased generals whose memorials are deemed to be “offensive” to the radical left which has taken particular pains to spin events into the familiar narrative about hate and racism. True, the moronic white supremacists involved were itching to make gaudy headlines by whatever means, egged on by their radical counterparts on the left. What I find truly hateful though is the attempt by self-appointed “culture thugs” on either side to shut down the rights of anyone else to disagree with their obsessively self-righteous positions. That is basically a fascist tactic, irrespective of whoever may be exploiting it. Webster states that fascism, among other things, “stands for severe economic and social regimentation, and a forcible suppression of opposition.”

It is clear from Charlottesville that both sides refuse to honor the principle of “live and let live” which has underpinned the American experiment in freedom from its inception. When these modern day iconoclasts condescend to making war on monuments and statues the focus is no longer racism, sexism, or even anti-semitism but on cultural imposition. Pulling down lifeless statues reminds one of Nazis burning books in the town square. In that respect “Antifa” is little more than an up-to-date version of brown-shirt squadrons charged with “cleansing” our history of any unpopular symbols or ideas. But this erasure of history, in its darker aspects, is a dangerous thing because it unfolds as another form of repression, and repression, as experience has shown repeatedly, does not alleviate social pressures but only builds up more steam.

Nobody is qualified to say for sure whether Robert E Lee was a saint or a villain, but he was undoubtedly the greatest general this nation has ever produced. In his own time he was highly respected by both Northerners and Southerners as an honorable man who spent the remaining years of his life after that terrible war trying to bring reconciliation to both sections. He personally lost his entire fortune and estate (confiscated by the Union and known today as Arlington National Cemetery). And while we today are entitled to make certain judgments, with the benefit of hindsight, about what transpired in prior centuries, the greatest sin any honest historian can commit is to judge an historical figure purely by contemporary views and standards. 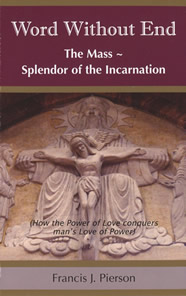 An amazing encounter with the Mass!

Read Word Without End… “an unusually clear, thoughtful, and persuasive explanation of the three great miracles of the Christian faith…” Catholic Herald

Now available on Amazon or many local Catholic bookstores. For more information Visit our website piersonworks.com

Historic persons must be judged within the context of their own culture and times. To do otherwise is to fall into the hypocrisy of thinking, “If I had lived back when in so and so place, I would nave done things differently. I would surely have stood up against all the cultural views and prejudices surrounding me and really made a difference.” Oh really? Christ called out the Pharisees on that very same kind of conceit in Matthew 23:30-31 “You say, ‘if we had lived in the days of our ancestors we would not have joined in shedding the prophets’ blood.’ Thus you bear witness against yourselves that you are the children of those who murdered the prophets!”

Robert E. Lee and Stonewall Jackson would surely be the first to admit that they were men of clay who often made mistakes, and not some kind of demi-gods on pedestals. But today it seems to be all or nothing for the various combatants in the culture wars. We recently witnessed a very telling “canary in the tunnel” episode. A sports broadcaster of Asian descent named Robert Li was recently reassigned because his name might offend some hypersensitive histrionic element in the crowd. Such an absurdity itself should signal that true freedom of expression is being effectively squelched by shrill partisan factions. And what kind of lesson does such nonsense teach our children anyway? That instead of explaining history it is safer to simply sponge it away like some nasty spot on the carpet? Would it not be far better to utilize controversial events from the past as great opportunities for honest discussion and reflection?

Outside of Jesus Christ and his mother Mary, perhaps no other figures in human history are without fault of some sort. By honoring some individual it does not follow that we agree with their every thought and action. The job of history is neither to whitewash nor to demonize any individual’s character but rather to search diligently for an honest appraisal of their life, accomplishments, and failures. Such efforts can prove to be quite cathartic in fact as we come to grips with our own personal moral successes and failures. In other words, we too share their human nature with all its human foibles, for better or for worse, and thus we are able to acknowledge our own humanity for what it truly is: fallen.

Pretending that we are morally superior to our ancestors even as we ebb and flow with the winds of political correctness in our own times is the greatest self-deception one can indulge in. It is one thing to interpret history in light of what we may now know or believe. But if we err it should be on the side of charity even while searching for the truth. One can never say with absolute certainty what motivates another person. But any attempt to re-write, abolish, or erase any memory of history becomes a crime against future generations. It seems that those who constantly preach about not judging others are the quickest to judge the deceased, who naturally have no recourse. History is filled with controversial figures and it is not the job of historians to decide who gets the white or black hat. We seem to forget that the past is filled with weak, vulnerable, and wounded people just as today we are weak, vulnerable, and wounded ourselves. That is the human condition. Superman and Wonder Woman are fantasy characters, not real human beings.

The greatest sin of modern day people seems to be the lack of humility in thinking that we are somehow wiser, better educated, and more moral than those supposedly bigoted, ignorant rubes from the past. Of course we can’t seem to stop killing our own children in the womb, or even get a handle on our mushrooming drug addiction problems, yet we are somehow thoroughly convinced that Robert E. Lee and Stonewall Jackson were “bad men.” There is one major difference between those men and modern day skinheads or Antifa radicals. The generation of Lee and Jackson, whatever their faults, preserved a deep abiding faith in a God who was both just and merciful. For them, man’s ultimate fate was in the hands of God precisely because we are weak, vulnerable, and wounded creatures whom only God can make whole again. Modern day radicals seem more comfortable blaming God for the manifest inequities of this world rather than trusting in his power to heal our wounds and divisions. 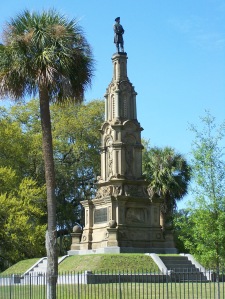 Lee, Jackson, and countless others acted as they did not out of hatred but out of a keen sense of loyalty, conviction, and duty. Whether their cause was right or wrong is not ultimately ours to decide. But removing or defacing their monuments like so many graveyard vandals only highlights the venality of the perpetrators. Generals Lee and Jackson were not the type of men to make broad sweeping moral judgments about others but rather they simply did their jobs. The outcome they left in the hands of God. Today it is those on the fringe right and radical left who busy themselves with passing judgment and inciting hatred against their opponents, real or imagined. These political zealots would cheerfully destroy any relic of the past or demonize any voice of reason in a desperate attempt to silence whoever might dare to disagree with their own views. Perhaps there is something the current political class could learn from men like Robert E. Lee and Stonewall Jackson about tolerance, even for one’s enemy. Both skinheads and Antifa activists might then begin to understand what it truly means to be a Christian, and an American.